Last month’s TCR Asia Series stint at the Zhuhai International Circuit proved to be a hard fought battle, one in which Liqui Moly Team Engstler showed its strength as a team to maintain its Championship lead. Diego Moran continues to lead the Driver’s Championship with teammate Kantadhee Kusiri a close second. The pair’s points haul also ensured that the team maintains its lead in the Team’s Championship battle.

“Last April was the first time both drivers competed at the Zhuhai Circuit and the erratic weather meant that they experienced a variety of conditions over the race weekend which allowed us to gather very important data for this weekend. We are aiming for a better run for Rounds 5 and 6 as we had minor issues that cost us positions on the grid previously“ said Kurt Treml, Sport & Marketing Director of Liqui Moly Team Engstler

Ecuadorian driver Moran and Thai driver Kusiri have had a steep learning curve thus far, having never raced at any of the circuits in the calendar, so coming back to Zhuhai for another race weekend will help to boost their confidence.

“Although we are better prepared for these two rounds, so too will the other teams be and the competition has become tougher as we go through the season. This only means that we will work harder as we have more on the line than the other drivers and teams“ he added.

The Liqui Moly Team Engstler received some uplifting news as they headed for the Zhuhai weekend when the Company, Engstler Motorsport, was recently appointed as an official TCR partner of Volkswagen Motorsport in Germany, allowing the team to be the parts provider at TCR Germany rounds.

“Besides racing here in China this weekend, Liqui Moly Team Engstler is also busy with races around the world and we are proud to be able to announce an exciting piece of news - Volkswagen Motorsport has appointed Engstler Motorsport as its official TCR partner in Germany”.

This partnership appointment means that customers can now purchase or collect spare parts and receive technical support from Engstler Motorsport at any TCR Germany race weekend. “We are happy and honoured that they have entrusted us with this” concluded Treml.

Live stream of the TCR Asia Series can be found on www.tcr-series.tv at these times: 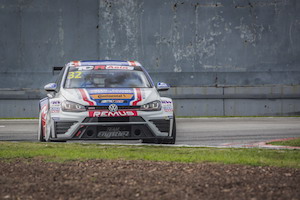 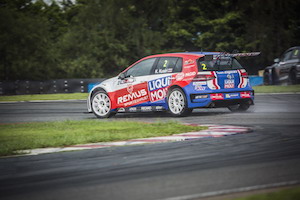