Dominates Round 2 Ahead Of Gabillon and Day

Borja Garcia (#1 Alex Caffi Motorsport Ford Mustang) swept the first weekend of the NASCAR Whelen Euro Series in the ELITE 1 Division with another dominant win in front of his crowd at the Circuit Ricardo Tormo, but the race definitely wasn’t short of action.

The Valencia native was untouchable in front of his crowd and after passing poleman Frederic Gabillon with a bold move on the outside in a restart on lap 4 to bring home his second consecutive win to start his title campaign and his third career win.

“It’s unbelievable!  What a fantastic race weekend!  We were fast in practice.  We sat on the pole yesterday and won the season opener. Today we had another great start and another win!  It's amazing, especially here at my home track for the first two races of the championship in front of my family, my friends and my fans.  It's so unbelievable!” said Garcia.  “I never dreamed that a weekend like this could happen! We are really looking forward to the rest of the season!  Alex Caffi Motorsports is a great team and i think we have a lot more wins ahead of us there. I’m hopeful these wins will attract additional sponsorship and companies to partner with us this year!“.

The three top drivers that faced troubles on Saturday and desperately needed a solid result all rebounded on Sunday, taking the checkered flag behind the #1 Ford Mustang.

Frederic Gabillon (#3 Tepac RDV Compétition Toyota Camry) followed closely Garcia all race long but never came within striking distance and had to settle for second for the fourth time in the last five Valencia races, just .552 seconds behind Garcia. Alon Day (#54 CAAL Racing Chevrolet SS) was a solid third, while reigning champion Anthony Kumpen (#24 PK Carsport Chevrolet SS) came from the very back of the field in spectacular fashion to finish fourth.

Gabillon said, “ We had a really good race today.  After yesterday’s finish, we’re really happy for second place.  The car was very fast but we couldn’t get close enough to Borja to pressure him.   We’re going to work on the car to try and get a bit more speed. We had a solid finish here today and I’m now going to focus on the rest of the season”

The Challenger Trophy went to Patrick Simon (#70 Mishumotors Chevrolet SS) for the second time thanks to his 11th place overall.

Yesterday’s runner-up Stienes Longin (#11 PK Carsport Chevrolet SS) got together with Gonzalez in turn five at the beginning of the race, ended up in the gravel outside turn five and was forced to retire.

The NASCAR Whelen Euro Series will head to Brands Hatch, UK on June 10-11 for the fifth edition of the American Speedfest. 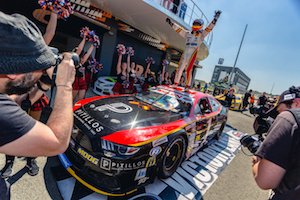 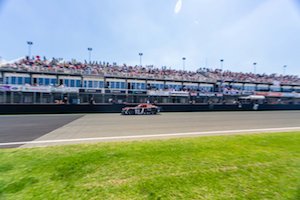 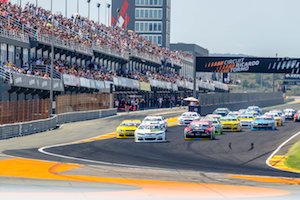 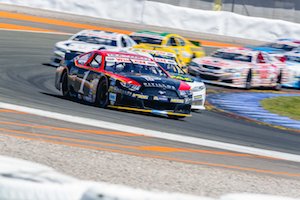 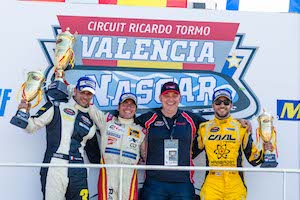 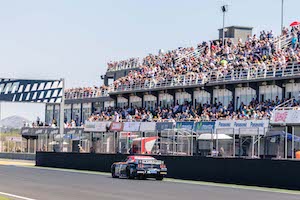