Norbert Siedler and his team-mates had to start a race to catch-up in the 24 Hours of Daytona after a tyre failure in the qualifying session. The Austrian’s Porsche was already within the top-10 in the morning hours, but an issue with the driver’s door caused long repair stops. After all, Siedler was classified in 18th position.

Already in Friday’s qualifying luck was not on the side of Norbert Siedler and his team-mates Jörg Bergmeister (D), Patrick Lindsey (USA) and Timothy Pappas (USA): Before the Porsche 911 GT3 R of Park Place Motorsports could set a first timed lap, Pappas had to break up the session due to a tyre failure. The international quartet was forced to start the race from the 21st and last position of the hard-fought GTD-class.

After a calm starting phase, Norbert Siedler and his team-mates started their race to catch-up during the night. Step by Step the Porsche-drivers worked their way through the field. In the early morning hours, Siedler finally covered a top-ten-position in the GTD-class for the first time.

“In the first hours we did not make up positions as quick as we had hoped for,” Norbert Siedler analysed. “In the second part of the race it worked out better and I was able to make up a lot of time in a double stint and handed the car over to my team-mates in tenth position.” But the joy did not last long: After a spin by Jörg Bergmeister, the Park-Place-Porsche slightly hit the tyre barrier.

“Actually, it wasn’t a big accident,” Norbert Siedler analysed. “The car seemed okay, but we were not able to open the driver's door, which is a crucial issue in an endurance race.” Again and again the Park-Place-drivers had to enter to pit-lane for repair-stops. “Of course our race was virtually over afterwards,” the 35-year-old was disappointed. “We were chased by bad luck this weekend. The car was difficult to drive, therefore I do not blame Jörg for the small incident.” After 24 hours, the Porsche was classified in 18th place of the GTD-class. 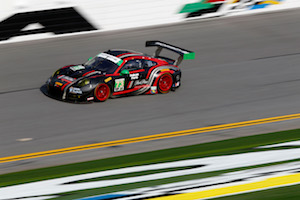 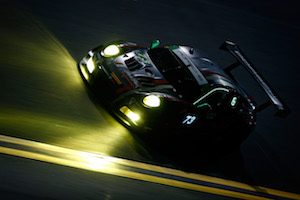 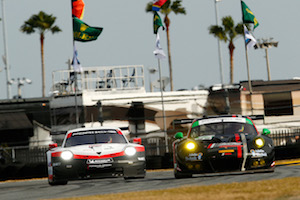