In the ADAC GT Masters races at Nürburgring, Norbert Siedler (A) became a victim of two slightly overambitious opponents. After a good start, the Tyrolean was forced into a spin in the first race while covering a top-ten-position and finished 14th after a strong race to catch-up. On Sunday, the race of Siedler and team-mate Mapelli (I) was finished already after the first corner due to another collision.

Norbert Siedler was exceptionally happy with the eleventh starting position for Saturday’s race: “On Friday an engine failure and a broken damper cost us a lot of important track time,” the Lamborghini-driver explained. “From position eleven you are still very close to the points and a good result is always possible.”

The first race started promising: In the opening laps, Norbert Siedler improved up to the ninth position. “The car felt really good and I was able to put the cars in front of me under pressure,” the GT-specialist commented. But in lap six Audi-driver Connor de Phillippi (USA) was too optimistic and touched the HB-Racing car at the rear.

Norbert Siedler had no chance to avoid the spin and had to let the whole field pass afterwards. With a spectacular race to catch-up, he ensured that team-mate Marco Mapelli re-joined the race in 15th position after the driver-change. After an hour, the Italian crossed the finish-line in 14th place.

On Sunday things got even worse for Norbert Siedler. From starting position 23, Marco Mapelli did not even finish the first lap. “Marc Gassner was way too late on the brakes in his Nissan and took five cars out of the race in the first corner. Marco was just a passenger,” the Austrian was angry. “Of course, the spectators want to see hard GT racing, but there should be a limit somewhere. The incident in race one might be counted as a racing accident. But what happened in the second race has nothing to do with motorsports anymore.”

In two weeks, the season highlight of the VLN Endurance Championship is on Norbert Siedler’s schedule: The 6-hour ADAC Ruhr-Pokal-Rennen. On the famous Nürburgring-Nordschleife the 34-year-old will compete with the Frikadelli-Porsche once again. “Since the last race, we are using Falken tyres. With position four we missed the podium only narrowly immediately,” the family-father looks back. “If we manage to improve our setup a little bit, we should be among the front runners also at the six-hour-race.” 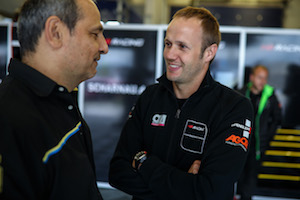 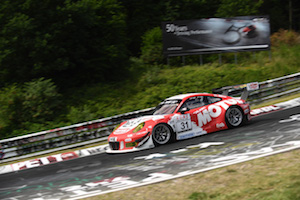