Norbert Siedler can be satisfied with the VLN Endurance Championship’s second race of the season. In qualifying he missed the pole-position by less than two tenths and in the race things went a lot better than during the season opener as well: The Tyrolean and his team-mate Lucas Luhr crossed the finish-line in seventh position, but fell back to the 18th place because of a time penalty.

“In comparison to the last race we made a huge step forward,” Norbert Siedler was happy. In the first race with the second Frikadelli-Porsche, which Siedler will share with other professional drivers in the VLN and the 24-hour race, the focus was once again on the new racing tyres. “Our single-lap-performance is very promising, in my fastest quali-lap I even lost some time in traffic. In the race we can attack a bit longer now, but still have to improve the behaviour at the end of the stints quite a lot.”

Norbert Siedler takes the lead in the first corner

The race on Saturday could not have started better for Norbert Siedler: Already in the first lap the Austrian claimed the first position and entered the pit-lane after seven laps in the lead. His team-mate Lucas Luhr could not match the 34-year-old’s speed completely. “Lucas has not been driving a Porsche for quite a long time, therefore he did not reach the absolute limit yet,” Siedler explained before he jumped in the car for the last hours again. After 28 laps he crossed the finish line in seventh position.

A few hours after the race, bad news reached Norbert Siedler: “We were given a time-penalty, because I entered a code-60-zone a little bit too fast,” he explained. “It was in a downhill-section, I simply did not hit the brakes hard enough. Safety is the most important thing, therefore that penalty is justified. Today the result is not that important, but in the 24-hour race a similar mistake must not happen again,” he showed some self-criticism. Due to the penalty, the Porsche 911 GT3 R dropped back to 18th position in the results.

After the racing-free Easter-holidays, the Blancpain Endurance Cup’s season opener in Monza is on Norbert Siedler’s schedule in two weeks’ time. On the Italian high-speed-track he will share a Grasser Racing Lamborghini Huracán GT3 with Ezequiel Perez Companc and Raffaele Giammaria. Already one week later the ADAC GT Masters will start its season in Oschersleben. At the German track Siedler will compete with a HB Racing Huracán together with Marco Mapelli. 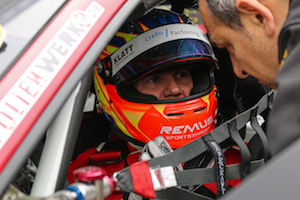 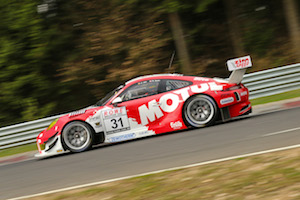 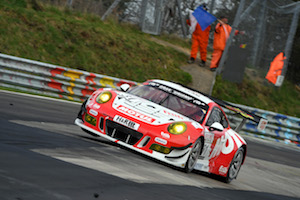