Norbert Siedler experienced a successful opening weekend of the ADAC GT Masters in Oschersleben and finished fourth in Sunday’s race. The Tyrolean had paved the way for the great result already in qualifying. In the race, he brought the fourth starting position safely home together with his Italian team-mate Marco Mapelli. On the day before, the duo had crossed the finish line in 14th position after some issues with the suspension setup.

Nearly 30 GT3 race cars started into new ADAC GT Masters season in Oschersleben. In the qualifying practice for Sunday’s race, Norbert Siedler claimed a strong fourth starting position for the HB Racing Huracán GT3. Just as during the Blancpain Endurance Cup’s season opener in Monza last week, the 34-year-old was once again the fastest Lamborghini driver in qualifying. As the lights turned green for the race, Norbert Siedler continued his performance and handed the car over to Marco Mapelli after 30 rather uneventfully minutes.

The tension increased a few minutes before the end, after the race was neutralized by a safety-car-period. “Marco tried everything, but it’s rather impossible to overtake in Oschersleben,” Norbert Siedler described the course of the race until the finish line. But also the fourth place led to satisfied smiles on the HB Racing drivers’ faces. “We gained the maximum. BMW, Porsche and the Corvette were unbeatable today. Therefore, we are very happy with the result. These twelve points can become important in the end.”

The satisfaction with the result was particularly high because the weekend had started difficult: „Saturday did not go per plan. Marco qualified the car in 18th position only, in the race we finished 14th. The car was simply not fast enough,” Norbert Siedler analysed. With a lot of dedication the HB Racing squad worked hard to improve the setup during the night. “The team worked really well. The car felt a lot better on Sunday. We have to repeat that performance in the next races, also on Saturday. If that works out, we will be among the frontrunners.”

Many races for Norbert Siedler in the next weeks

For Norbert Siedler the season continues without a break. At the next two weekends the races of the Blancpain GT Series in Brands Hatch (May 6-7) and Silverstone (May 13-14) are on the Austrian’s schedule. One week later the next ADAC GT Masters weekend is held at Lausitzring, before another big highlight takes place from May 25 to May 28: The 24 Hours Nürburgring. 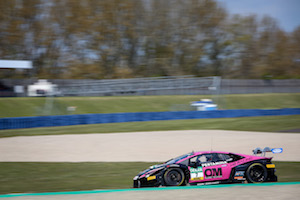 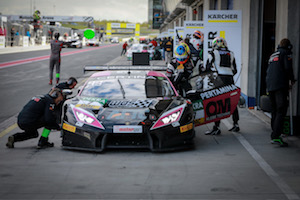 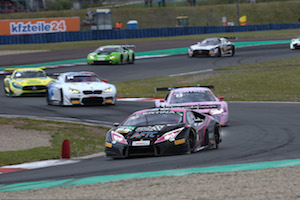