The Frenchman Takes Toyota To Victory Lane In Valencia

An incredible ELITE 2 Round 2 culminated in an emotional Victory Lane at the Circuit Ricardo Tormo as a determined Ulysse Delsaux (#31 McDonald's RDV Compétition Toyota Camry) won his first career NASCAR race in dominant fashion. In a unique display of sportsmanship, the Frenchman was joined in his celebrations by a vast group of competitors after he climbed out of the car.

Delsaux’s win also brought Toyota back in Victory Lane in their return to the NASCAR Whelen Euro Series and gave RDV Compétition their first win in the ELITE 2 Division.

“Today is unbelievable!  I won my first NASCAR race!  This has always been my dream!” said Delsaux, who found in racing his way to express himself and work to overcome a condition of autism he was diagnosed with when he was a kid. “I have to give thanks to my team for giving me a really fast car.  I’m very thankful for all the support from my family, friends and fans. With just a couple laps to go, I looked in my mirror and saw that Ferrando was coming.  There was traffic ahead and I had to work to get around a couple of the lapped cars. I knew I had to stay calm and focus on making good passes.  What a fantastic race! Tonight, I don’t think I’ll be able to sleep! ”

The second ELITE 2 race of the Valencia NASCAR condensed all the unique aspects that make the NASCAR Whelen Euro Series the best touring car championship in Europe: lead changes, spectacular contacts, fair door-to-door battles, and frantic action all over the field. So much action that the race replay on Fanschoice.tv will definitely become a must-watch.

Three drivers took the lead in the first part of the race in a frenetic six-car battle out front. Ferrando led the first lap but had to surrender to Eric De Doncker (#98 Motorsport 98 Ford Mustang) and then to Delsaux for second, when the two had a contact in turn 6. Ferrando fell down to sixth, but put a strong comeback that brought him back up to second with three laps to go.

In the meantime Delsaux overtook De Doncker for the lead on lap 4 and built a solid lead turn after turn, poised to conquer his first win and took the checkered flag with a 3.5 seconds advantage on Ferrando, who won the dash to the line against Maciej Dreszer (#66 DF1 Racing Team Chevrolet SS) . The Polish Rookie was a contender all race long and earned another podium finish in his first NASCAR weekend to win the Rookie Cup.

“Ulysses did a fantastic job today and I want to congratulate him on his first win,” said Ferrando. “I’m really pleased with today’s second place finish and of course yesterday’s win. We were a bit slow at the beginning of the race until our tires heated up and it was a bit hard to keep some of my competitors behind me. I had to battle with quite a few cars throughout the race to grab this second place finish.  I want to thank my great Knauf race team.  The crew did a really great job preparing the car.  My spotter also did a fantastic job.”

Guillaume Dumarey (#24 PK Carsport Chevrolet SS) and Eric De Doncker (#98 Motorsport 98 Ford Mustang)rounded out the top-5, with the Belgian winning the Legend Trophy for the sixth time in a row at Valencia.

The ELITE 2 Division will be back in action at Brands Hatch on June 10-11 and Ferrando will enter the event with a one-point lead over Delsaux thanks to the bonus point he got for leading a lap in the Round 2 at Valencia. 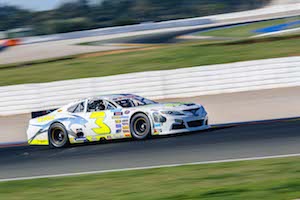 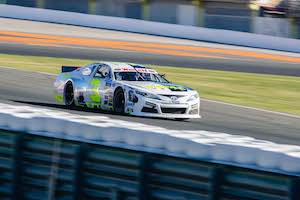 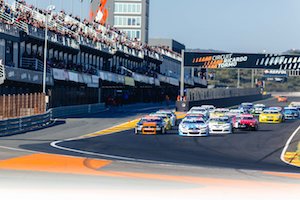 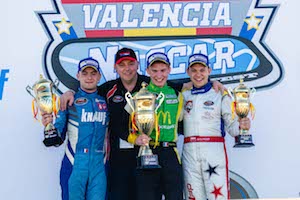 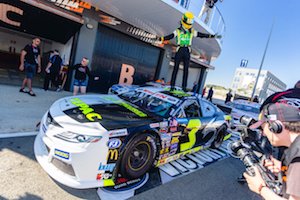 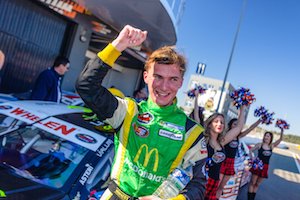